Taking the Future of Words Forward 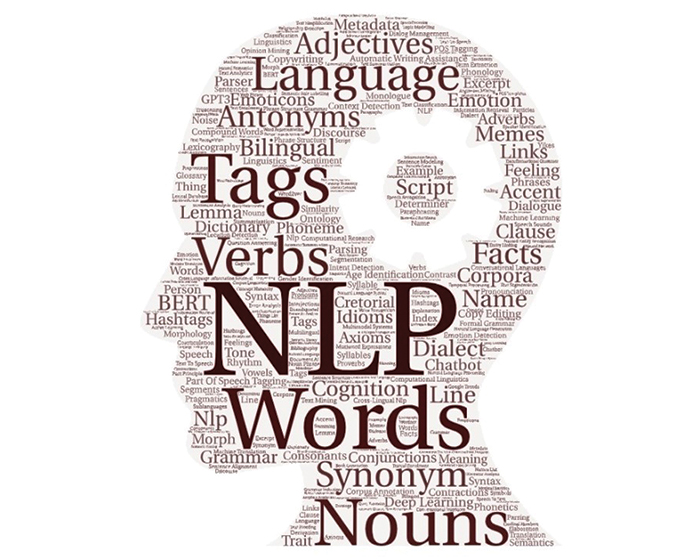 Taking the Future of Words Forward

As we take a view of words in twenty first century when the competition to humans won’t be humans but humans and machines working together and therefore the good, bad, and ugly could turn a million times over. This article is a humble effort to study the future of words.

If you are a language-lover, linguist, NLP scientist, data scientist, AI-practitioner or technologist dealing with media then this article is meant for you. It’s a long article and is divided in 3 parts:

Concepts that NLP lovers swear by and the Big Data mining and understanding opportunities beyond current explored contexts. The progress of AGI and massive cloud powered learning system: The massive explosion in words and relationships and its impact on societal culture and businesses in the coming years.

A quick history of the evolution of words

The birth of words

The birth of script

Once humans had words, even if they were not consistently understood, for communication or barter trade, writing evolved from pictures to syllabary and eventually to scripts that handled alphabets. The oldest script probably is Cuneiform in Mesopotamia recorded around 3400 BC. Brahmi, the predecessor of Sanskrit started around 2500 BC and Sanskrit started growing around 1500 BC. The earliest mention of Latin was in around 700 BC.

Depending on which part of Eurasia, the use of Iron started around 1200 BC to 600 BC and its power impacted the adopted area in a few hundred years. By 5th century BC, colonization and the empire spread the way we know today had started. This also meant a faster cross dialog of languages that accelerated the interchange of words and influences, like never before. So was born language morphology and the presence of root words, beginning of suffixes and prefixes, tone and stress, and parts of speech. In the Nirukta, written in the 6th or 5th century BCE, the Sanskrit grammarian Yāska defined four main categories of words as nouns, verb, preverb and particle/preposition. And approximately another 200 years down the Plato identified verbs and nouns in sentences and Aristotle added conjunctions as a broader category including pronouns, prepositions, and articles.

Across eras, new words would be invented but old words would be popularized till the new becomes old hammered and repeated enough times to be popularized (because every new thing needed a context that is old but a justification that is new and often the hammerer of the repetition of words was a moneyed-political-or-religious entity). And the language of the land and its interactions with the languages of lands it interacts with influenced the expansion of words. Human needs, human greed, human rituals, and human society always gave shape to words, smartly absorbing or expanding local dialects and slowly merging and morphing new languages. An important part in influencing others is the concept of evangelism – be it mercantile or religious or political. So, while In Europe started Christianity expansion, through Southeast Asia and China and Far East there was Buddhist expansion, in South Asia there was Hinduism spread, and then Islam expansion in Middle East, and North Africa. All these influences were helping words get into its teenage as humanity was moving away from the old world into the dark Middle Ages. (There is a brilliant video that shows spread of religions in the world: see here. Influence of religion nearly always influences language.)

As languages grew, consistent grammar that define spellings, word accents, and with-it vowels and consonants, stress points, and usage guidelines also evolved. Panini’s treatise on grammar ‘Asthadhayi’, Tolkāppiyam extensive Tamil grammar scholarship, Arcadius work on Greek Grammar, Priscian’sauthoring of the Institutes of Grammar (the standard Latin study book for Middle Ages) and Sibawayh’s Al-Kitāb defining Arabic grammar and linguistics are amongst popular grammar work that influenced subsequent generations. The author’s contention is that a marquee text of an era (one that is most referred or most used, or systematic study in a stable era of peace) often created amazing works that influenced grammar.

If conformance comes with standardization, discordance comes by circumstances, needs or survival instincts. Throughout history till the beginning of twentieth century, many groups of users often in a few thousand square miles living in relative isolation, without regular contact with most other people, because of geographical factors and sometimes because of political and religious needs. People in these cultures would consistently identify symbols, totems, things, and feelings that would have the elements of the language of the larger nation/continent it is part of, but rule coded in a different way, style, and script, all to make the dialect a culturally cohesive force, a symbol of morality, affinity, and unity. If some of the future rulers in these areas would become powerful, they would give shape to language that stays and prospers for many more centuries. Hundreds of languages in Europe and South Asia are a product of this phenomenon. Where no significant rulers from a dialect came, the dialect stayed more regional and nuanced. In the evolution of words, this was another lesson, the advent of youth of words. The common words (common because of context not by spellings) were global, the popular languages evolution was tied to the trade, political and religious evolution of the land, and dialects and micro-variations were tied with the need for sub-identities. Diversity came from this intercourse.

The rise and rise of English

Beginning fifteen century, modern English started becoming popular (starting with Geoffrey Chaucer’s work, shining with Shakespeare’s aura, and expanding with the rise of British empire, the discovery of new world popularized English across all continents. English in some ways expanded many languages and influenced most languages, and eventually got influenced and enriched by them all. Each time a language rises in popularity, the values associated with the culture it is part of (ethos) and the culture it wants to be part of (cultural imperialism, globalization, or survival – depending on the subsequent interplay) come in play.

Even more English expanded into baby Geos (US, UK, Canada, India, Australia) and influenced culture further. We all know what Hollywood did! As a language expands, its culture expands, and as culture expands it needs to learn from other cultures to pretend and sometimes happily embrace two-way learning. So English learned words from all languages. Below are just less than 1% learning examples. And English also learned other European languages words, and often in places where its colonies had formerly other European rulers.

Key Milestones in the Language Understanding in the Last 150 years

While the author loves and respects all languages, for this part, the focus of discussion is on the English language but the fundamentals we discuss here are language agnostics.

The birth of the Modern Dictionary

While work began on Oxford dictionary in 1857, it started being published as published in unbound fascicles in 1884. 1928 was an epoch-making year when the Oxford dictionary was published in 10 bound volumes. With time, other famous dictionaries started on their success path Merriam-Webster, Macmillan, Collins, and Cambridge amongst others. The advent of the Internet expanded these to many more players including Dictonary.com, Wiktionary, Google dictionary, and Urban dictionary. Common to most dictionaries are some of these traits. And even in other languages the schema of a dictionary follows these traits.

From words to affinity words: The origin of Thesaurus and its many variants

While dictionaries evolved each decade beginning 1880s, the next linguistic ned was to create a reverse dictionary, or Thesaurus. Thesaurus is a list of words, each representing an idea or context, and a list of words that can represent the idea. Peter Mark Roget in nineteenth century, put a book of synonyms and dictionary together and published Roget’s Thesaurus of English Words and Phrases in 1852. The book would go on to have 40 million copies and eventually an industry spawned with each major dictionary major having a Thesaurus and dedicated sites to cover the ever-growing list of synonyms.

Let’s see from a linguistic and computational perspective how Thesaurus would impact the ever-onward evolution of language.

Besides being a list of synonyms and antonyms, Thesaurus evolved beyond the basic definition of list of idea and words representing it. The evolution included

The concept of thesaurus would expand to various industries in various ways and with time would grow Song Thesaurus, Clinician's Thesaurus, Art and Architecture Thesaurus, Legal Thesaurus, Religious Thesaurus, Cultural Thesaurus, Scientific Thesaurus and so on and so forth. There are hundreds of examples floating around.

The advent of keywords and metadata

As language grew, and digitization many times over, and as the world became more globalized, increasingly a small universal village, there was a need to reflect at how we look at words. MIT’s Stuart McIntosh and David Griffel, in 1967, proposed the need for the meta language for better digitization for information storage and retrieval. The concept meta existed for 2000+ years and people used reference sets, call it cards or tags to find records, books, or labels, but scientific use of metadata spread more from the 1970s.

Let’s see how keywords and metadata influenced both writing and NLP research.

Hashtags and the birth of a new digital currency

Let’s talk about hashtags, the fourth significant global milestone in the definition and expansion of words. Also, hashtags have a big correlation with images and significant part of global data is because of images and videos only.

A hashtag is a social media phenomenon, starting in 2007, and now it has extended far beyond social media into the realms of creativity, branding, marketing, design, and of course social media. A Hashtag is a unique set of characters without space preceded by sign #. Let’s see how something as simple as hashtag becomes so powerful and in process let’s explore the impact of hashtags on language formation and NLP and AI.

Bringing language, creativity, big data, and NLP together for the future of human-machine communication expansion

Through the previous sections of the article, you saw how language, especially English expanded (and many lessons listed here are common to most other languages that have reasonable volume and economies built around them). Let’s see how the interactions of various elements of language, and the growth of business in various areas of digitization, impact the broader development of language, creativity, and NLP-led AI.

While a greater study on language evolution and the many possibilities it has for linguists, writers, creative people, NLP, and AI experts is an endless field, a happy immersion in the possibilities is an invite to creative fascination and tech understanding of a world where language is more and more becoming democratic. The speaker of the language is no more a trained language aware human being but could be third and fourth language speaker or a machine. And the interaction and discussions, the speed of search and social, the ever-demanding needs of marketers, and the never satiated desire of creative world will allow this pollination of language to become a nonstop laboratory of infinite possibilities.

I hope through this article, a part of you starts looking at the evolution of language and its accelerated growth differently from business, technology, societal impact, and creative lens.

Pawan is a polygamist and living a life with four love stories. Writing is his first love, creativity second, NLP third. (And Shalini, Pawan’s wife, is his zeroth love). Pawan believes everybody has a right to be creative and a duty to be.

Global technologies and businesses have helped people be far more visually creative than text/message creative. Search, social and shopping have divided trillions of daily queries according to their business lines. In that backdrop, Pawan is busy building text-based creativity at scale with the goal to help each person turn more creative writer, reader, searcher, connector, and doer. Many more things to discover when you connect.

Hashtags and Building Communities and Massive Following at Scale 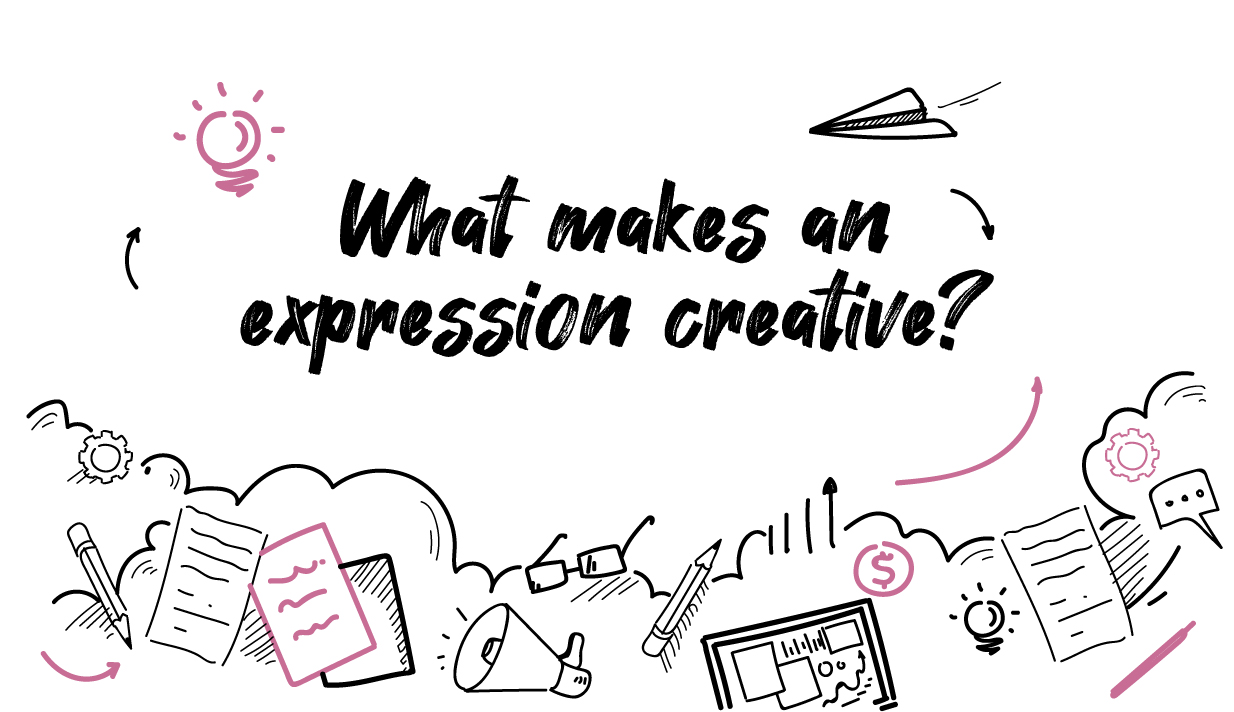 What makes an expression creative? 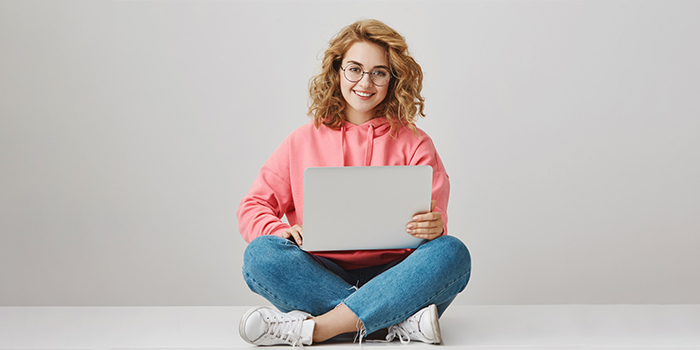 Why is Cretorial the smarter choice for copywriters? 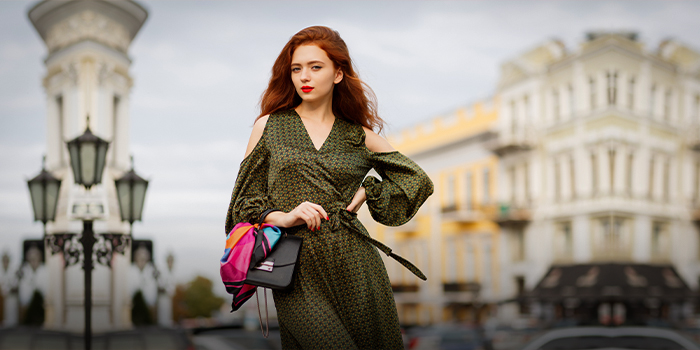 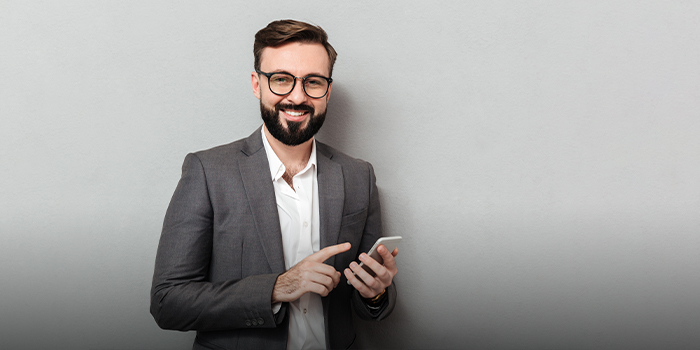 How can SMEs gain from high performing social media messages